You are here: Home1 / Our people2 / Pauline McNamara 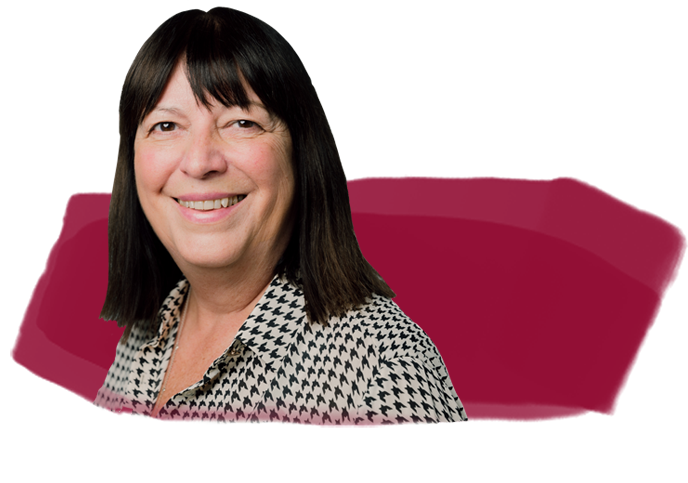 Having been a regular feature of both Chambers of Partners and the Legal 500 for a number of years, Pauline McNamara has built up a practice and reputation as one of the fiercest and forensic family lawyers in the North West. Having practiced for over 30 years, she is known for striking the right balance between empathy and robustness within proceedings and is well –known for fighting for her clients ‘right to the end’.

As stated in Chambers and Partners (2020), Pauline has been hailed as an ‘excellent family lawyer’ and has considerable expertise acting for high net worth clients on financial remedy proceedings’.

Pauline’s cases predominantly focus on high net worth financial matters ancillary to divorce. She often deals with matters with the average value of the matrimonial pot equating to over £5,000,000. Pauline has a vast amount of experience dealing with the most complex of pension structure, together with matters that involve a number of commercial entities and complex business structures. Pauline also has a wealth of knowledge and experience in dealing with complex pre nuptial and post nuptial agreements.

It is through dealing with such cases, that Pauline has managed to build up a repertoire of some of the most experienced financial experts ranging from pension actuaries, business accountants, chartered surveyors, independent financial advisors and the most senior of legal counsel, to ensure that ‘no stone is left unturned’.

Pauline recognises that legal proceedings can be a distressing time for her clients; however she aims to supplement her holistic service with her network of the some highest regarded mediators and counsellors.

As well as specialising in financial matters ancillary to divorce, Pauline has also dealt with a number of cohabitee disputes pursuant to the Trustees of Land and Appointees Act 1990. Pauline has again access to the most senior counsel, specialising in this niche area of law.

As well as being client orientated, Pauline has acted as a mentor for her team, guiding the next generation to becoming the best legal professionals for the future.
Pauline has previously been the recipient of the Executive of the Year Award as Downtown in Liverpool Business Awards, which is just one of a number of accolades that she has received over her lengthy career.

She thrives on work stemming from her own reputation and getting work through personal recommendations, due to her prominence within the Family Law sector.

“After speaking to you, I had total confidence in your honesty and commitment to resolving this massive problem of divorcing somebody I loved, which had caused me to be very ill over the years of marriage. Eventually it gave me great strength to accept the type of person and family I had got involved with, to petition for divorce! Thank you all again for your professionalism in dealing with this long ordeal.”

“Thank you so much for dealing with my case so quickly, efficiently and professionally. I will highly recommend you to others.”

“Pauline McNamara shows a superb blend of aggressively fighting her client’s corner whilst empathetically understanding their problems and needs.She is a formidable adversary with a strong following throughout Merseyside and Cheshire. She has also built a very able support team around her.”

“Pauline McNamara is a force to be reckoned with, her attitude and follow up with clients and introductions/driving clients understanding is top class.”