You are here: Home1 / Our people2 / Paul Gallagher 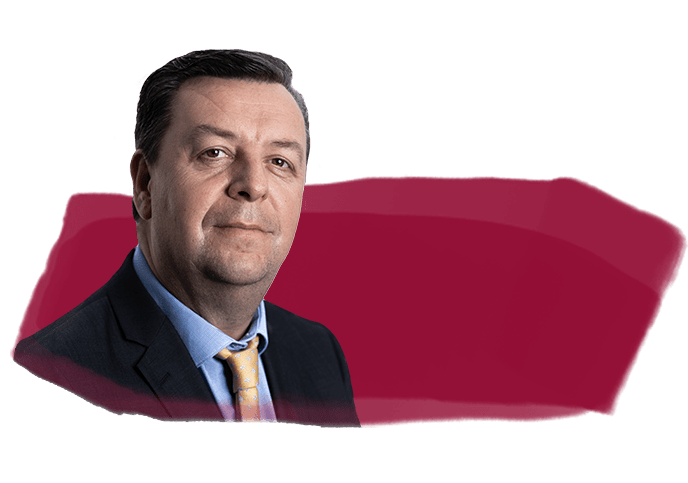 “…friendly, approachable and reliable. Throughout my time dealing with MSB I have nothing but the highest regard…”

Partner, Head of Crime and Regulatory

Paul is the Head of our Crime and Regulatory Department, a CLSA Accredited Police Station representative and a partner in MSB.

Paul has specialised in criminal law for over 25 years and has dedicated his working life to MSB. He specialises in defending people charged with serious offences in the Crown Court.

Paul has a dedication to client care which is second to none. He always strives to obtain the best possible outcome for his clients, often resolving cases favourably for clients in the police station without the matter having to go to court. Paul undertakes both legally aided and privately funded work. He specialises in murder, drug conspiracies and importations, violent offences including robbery and non-accidental injuries, serious sexual offences including rape and indecent image cases, serious fraud/theft cases including HMRC investigations (particularly evasion of excise duty cases), selective licensing and HMO investigations brought by local authorities.

Most recently he secured an acquittal for a 14 year old charged in a joint enterprise attempted murder and settled a Proceeds of Crime confiscation case by reducing the benefit figure from £484,000 to £17,000.

Paul has an extensive client base in the security industry/licencing sector. Paul has a very successful track record in representing door supervisors in appeals against Security Industry Authority refusals to grant a licence.

Paul is a Legal 500 recommended lawyer and has been described by counsel as having ‘encyclopaedic knowledge and mastery’ of his cases.

“Paul was both knowledgeable and very professional. I would not hesitate to recommend him.”

“Paul was dealing with a problem where I was accused of something so horrible. I never thought I’d live through it. I am eternally grateful and highly appreciative of the work Paul did to help prove my innocence.”

“Both Paul Gallagher and Katie Kamozzi were amazing through my case and without them I wouldn’t have my little boy back. I don’t know what I would have done without them.”

“From the word go Paul was friendly, approachable and reliable. Throughout my time dealing with MSB I have nothing but the highest regard for the firm. I feel as a member of the LGBTQ+ community that I was really well looked after and consideration was taken throughout to ensure I was okay.”

“I can’t thank Paul enough. From the minute we first spoke on the phone to the closing of the case, he made me feel like everything was under control and he went out of his way to help me.”

“Great service available 24/7. Don’t know any other solicitor that will call you on Saturday evening and Sunday afternoons with updates regarding your case. Highly recommend.”