You are here: Home1 / Our people2 / Andrew Pearson 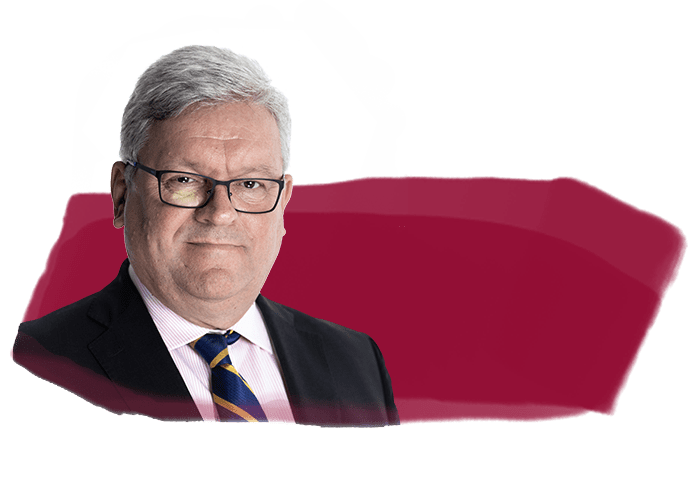 “Thank you to Andrew and everyone involved within our son’s case.  The dignity, integrity, care and direction we received was excellent.”

Andrew was admitted as a solicitor in 1982 and is a duty solicitor and higher court advocate in crime.

During his time in practice, Andrew has provided advice and assistance at virtually every level within the criminal justice system. In recent years, he has developed a speciality with emphasis on white collar crime, serious fraud and regulatory matters.

Andrew has been involved in several high-profile duty evasion and fraud cases including a multi-million-pound case described by West Midlands Police as the largest case of fraud they had ever investigated.

Of the many serious cases Andrew has been involved in over the years, the Court of Appeal decision in the case of Regina v Matthews remains important in dealing with the issue of ‘transactional legal privilege’ relating to the legal adviser’s role at the police station.

He has also developed a specialism in representing young people on the autistic spectrum when they face potential prosecution and, in this regard, has defended a number of extremely vulnerable defendants charged with various crimes such as computer hacking, rape and possession of indecent images. In defending such individuals, Andrew has built a network of psychiatrists, psychologists, intermediaries and others with specialisms in this area to advance the best possible case on behalf of these disadvantaged individuals, ensuring that any result is fair and just.

Andrew’s recent cases have included defending a former company director in respect of allegations of fraudulent trading which was prosecuted by the DVSA. When that case was stopped as an abuse of process, it subsequently led to the court making a multi-million-pound Defence Costs Order against the prosecuting authority.

Most recently, Andrew has been involved in the representation of a high-profile client before the Independent Inquiry on Child Sexual Abuse (IICSA) securing core participant status for that client together with funding, and thus Andrew brings to the practice a detailed and in-depth knowledge of representation before public enquiries.

“Thank you to Andrew and everyone involved within our son’s case.  The dignity, integrity, care and direction we received was excellent.”

“I can’t thank you enough for all your professional help and support throughout what has been the most difficult time in my son’s life. I am elated that the correct outcome was achieved and justice was served. I believe that the service you provided was excellent and I selected you because I believed that you would understand the difficulty in fairly accessing the correct representation for somebody on the autistic spectrum. Thank you so much. Our life can once again begin now.”

“The ‘very experienced’ Andrew Pearson is ‘recognised throughout the UK for his work with young defendants with Autism and Asperger’s Syndrome’. Pearson is adept at advising on white-collar crime, serious fraud and regulatory matters.”

“Andrew has regularly been singled out for praise in previous editions of the Legal 500 and was recognised as a Leading Individual in Crime; General in 2018 which commented- “Andrew Pearson…has a ‘well-deserved reputation for fighting hard but fair. The way in which he deals with clients with autism and their families is a joy to behold. His approach is the classic ‘iron fist  in velvet glove’ charming and courteous to all but quietly determined to achieve the best results he can”