On 23rd December 1919, The Sex Disqualification (Removal) Act 1919 made it possible for Women to enter the legal profession for the first time.

In order to commemorate the first 100 years of women in the law, a project began in March 2014 founded by Dana Dennis-Smith. Prompted by a photograph of one female lawyer surrounded by a group of more than 50 male partners to mark 150th anniversary of one of the city of London’s best known law firms, Dana set about trying to understand how it felt to be the only woman and to learn more about women’s journeys into the legal profession.

I was recently fortunate enough to attend the Law Society at Chancery Lane for a celebration of 100 years of women in the law. Dana Dennis-Smith sat on the panel alongside Carolyn Kirby, the first woman to be elected as president of the Law Society in England and Wales from 2002 to 2003. As if the line-up could not get any more impressive, it was headed by Brenda Hale, President of the Supreme Court of the United Kingdom.

Being a female lawyer myself, I had somewhat taken it for granted that progress has been so slow for women in law over the past 100 years. There are however, many positive aspects and many significant firsts that are still being achieved by women in the law to this day.

To mark the centenary anniversary of women in the law, my colleagues at MSB have chosen a specific first or significant progression during  that first 100 years, to make the wider legal community and non-legal community aware of the fantastic achievements.

I hope that lawyers and non lawyers alike will find our views on significant developments for women in the law over the past 100 years informative.

We want to show just how significant the Sex Disqualification (Removal) Act of 1919 has been in shaping the landscape of the law over the past 100 years. In the New Year we will also look at how, whilst not detracting from the significant progress that has been achieved, there is still significant progress to be made. Whilst there may not be many more firsts, there is still some way to go to achieve full gender equality within the legal profession.

What is the Sex Disqualification (Removal) Act 1919?

This legislation was significant as it removed all barriers to women qualifying and working as lawyers. Prior to the act being passed, every single application made by a woman to be admitted to the profession was rejected.

As part of my research into the 100 years of women in the law anniversary I have read a book by Lucinda Ackland and Katie Broomfield entitled First 100 Years of Women in the Law. The book tells the story of women in the law in their first 100 years of practice from the early campaigners through to the first women solicitors, barristers, magistrates and judges, of the pioneers and influencers who paved the way revealing the barriers they face, their challenges and triumphs. It offers a unique insight into how women have made their way in a profession still dominated by men and looks ahead to the prospects for women in the law in the next 100 years. It is an inspiring read and one that I would encourage all lawyers to pick up.

As a young woman who studied law, the name Brenda Hale became increasingly familiar and I have read many of her judgments. To anybody who isn’t involved in law, Brenda Hale may be known to you as the judge who delivered the judgment on the prorogation of parliament in 2019 with her now infamous spider brooch clearly visible throughout her reading her judgment. The brooch itself sparked many conversations within the media about whether or not there was a hidden meaning to that choice of accessory. I was fortunate enough to meet Brenda Hale at the 100 years of women in the law celebration and found her every bit as intriguing and delightful as I anticipated she would be.

Brenda Hale is iconic for young female lawyers hoping to progress through the profession. She is affectionately referred to by the next generation of young lawyers and young students as ‘Beyonce’. Her success has made her an icon and she is outspoken about the need for gender equality within the profession. Within the foreword First 100 Years of Women in the Law, she comments “for the first fifty years women’s progress in the legal profession was remarkably slow”.

In 1960, three years before Brenda Hale went to university to study law, only 528 women were practising as solicitors or barristers. By 1970, the year after Brenda Hale was called to the bar, that number had nearly doubled, but there was still only 950 women practising solicitors and barristers, compared to nearly 27,000 men.

It was not until 2004 that Brenda Hale became the first women appointed to the top court in United Kingdom, then a committee of the House of Lords. She rightly notes that it took a long time for real improvement to be made. It tends to be forgotten, in her view, how badly women in the law were treated.

Not only were women in the profession treated differently, but the law treated women differently by virtue of legislation whether they were involved in the profession or not. Married women had no rights over their children until their husband died or a court ruled otherwise. It was far more difficult for wives to escape from a marriage than it was for their husbands and they could only claim maintenance if they were 100% blameless and stayed so. They had no claims over their husband’s property and there was very little protection against domestic violence and abuse.

Today, there is much to be proud of in terms of the progression that women have made in law. More women than men are now reading law at university and more women than men are practicing as solicitors. Women account for nearly 50% of all pupil barristers and 37% of practicing barristers but sadly only around 16% of Queens Counsel and only 29% of judges are female, evidence that there is still some way to go to achieve true equality in the profession.

To mark MSB’s commitment to equality within the profession and as the head of the Equality And Diversity Committee (Women) we have registered and been accepted onto the Law Society Women in Law Pledge. The pledge is a commitment to work together to harness the power of gender equality, to transform the business of law. I would encourage any legal professional reading this to sign their firm up to the pledge. 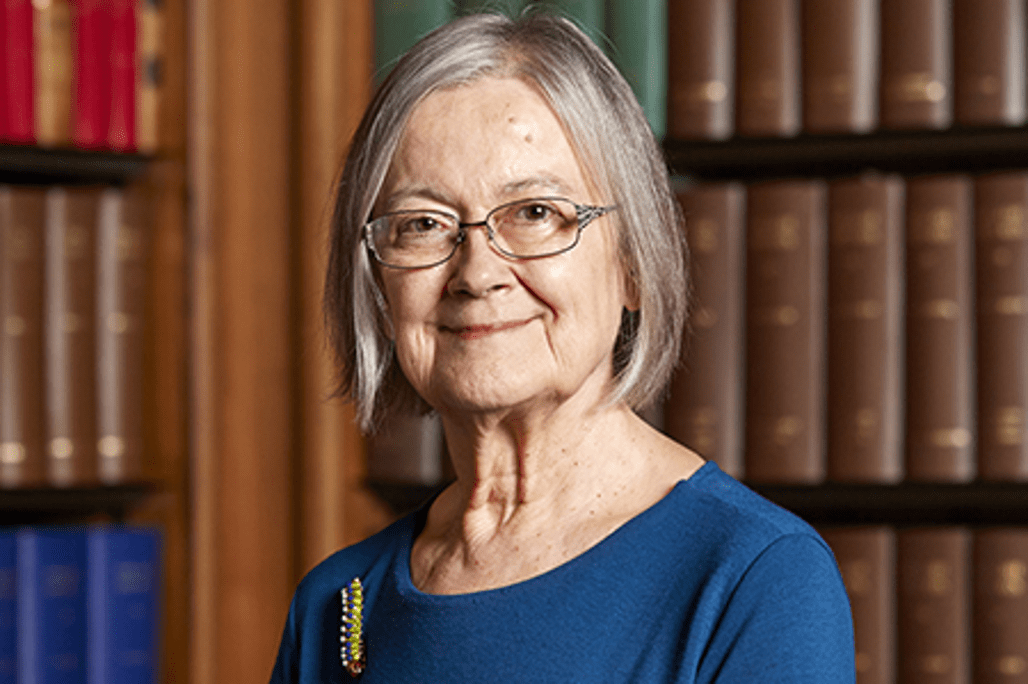 Legal aid: where did it start?

As a female solicitor who has specialised in publicly funded legal aid family work throughout her career, one of the interesting facts I learned is how legal aid came to be.

It was not until the Legal Aid Act 1949 that legal aid became available in civil cases. Prior to that date, the majority of the population had no option but to rely on pro bono services for advice and representation.

The ‘poor man’s lawyer’ became a generic name used to describe free legal services for people who couldn’t afford to pay for them, often run by women.

For over 50 years, despite inadequate geographical coverage and limited resources, the ‘poor man’s lawyer’ services remained the only source of legal advice for many people. The Legal Aid Agency as we now know the previous Legal Aid Board and Legal Services Commission to be now known provides legal aid for those who are eligible.

In 2013 the Legal Aid, Sentencing and Punishment of Offenders Act (LASPO) brought about significant changes to civil legal aid, with a scheme that allows for representation of only the very poorest in society and for very restrictive categories of cases with restrictive gateway evidence.

Legal aid is still available, but LASPO created significant challenges and continues to threaten access to justice and the rule of law. From spending high in the 1980s spending on legal aid has been cut repeatedly by successive governments in recent years. From my experience in trying to support those who are attempting to access public funding it can be argued that the cuts are particularly detrimental for women. 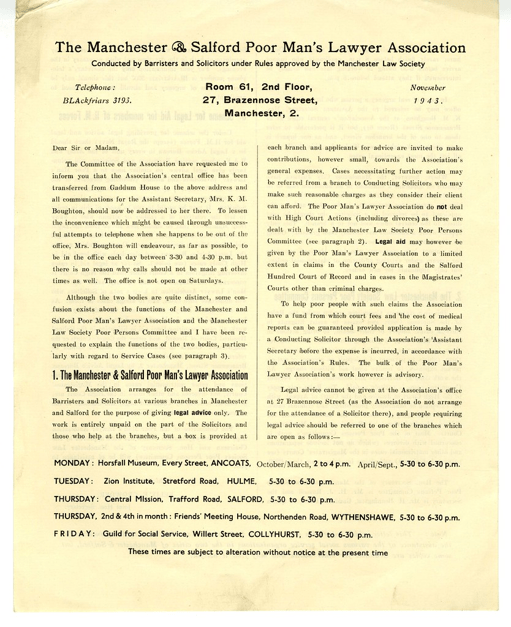 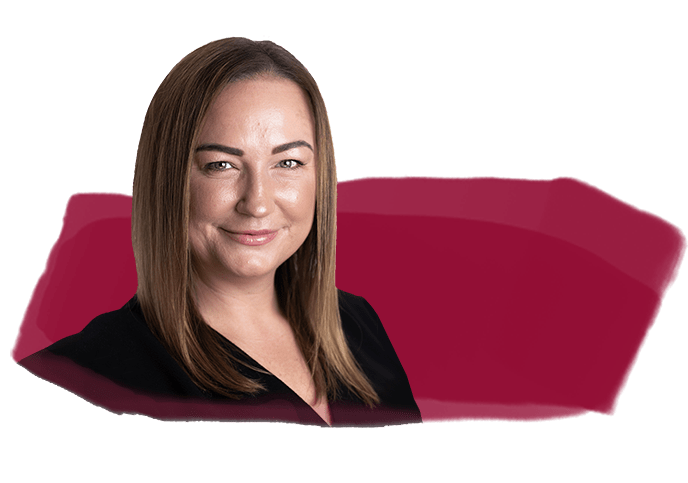 Nicola has been with MSB since 2005 when she started as a Trainee Solicitor, becoming Partner in 2017. She is one of only five Resolution Accredited Experts in the Liverpool City Region for Domestic Abuse.